Harvesting and pressing - part 3, Through the mill...

In the last post we finished with a final rinse before the fruit entered the mill - so the next stage is the crucial one, where the apples are actually pressed to release the juice.

Mike's photos for this bit are a bit baffling - I can't quite follow what is going on - but I'll share them anyway and maybe it will make more sense to those of you more familiar with this kind of thing. 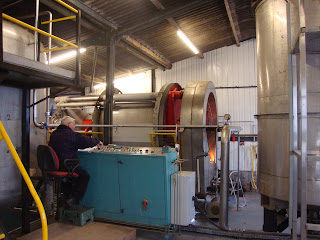 The press and it's operator, Alan 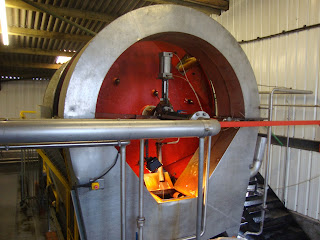 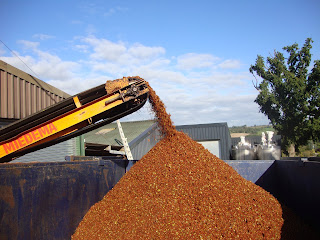 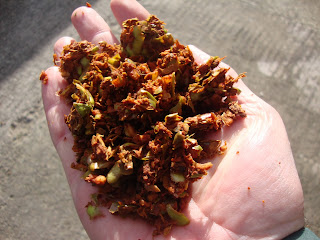 Meanwhile the juice is piped into storage tanks, ready for the magic of cider making to begin... 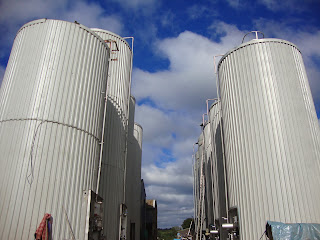 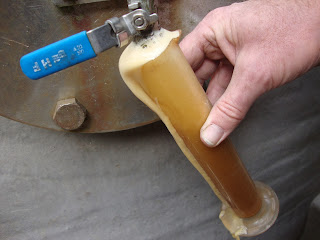 The pressing season is now well underway, but still plenty to go - the different varieties of cider apples mature at different times throughout the season, and Mike will pressing right up to December. So plenty more opportunity for more photos - and he tells me he has filmed an apple delivery - just the 30 tonnes (!) - so I'll try and share that next time.
Posted by Charlotte at 05:08 No comments: