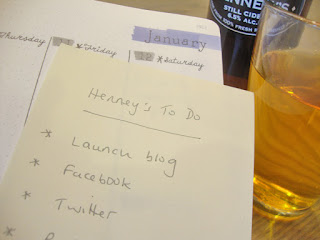 And Mike says hello, even if he is still a bit suspicious about the whole thing. Who knows, I might even have him writing his own posts before long, if only to correct my mistakes..!
Posted by Charlotte at 07:22